A tremolo with drive-ability.

The Valco company of Chicago made amplifiers under their own name in addition to building amps for other companies such as Supro®, National, and Gretsch, to name a few. Most of these were lower powered amps with a great sounding natural tube breakup and many models also featured a unique sounding tube driven tremolo. It had a hypnotic throb and was also capable of hard, choppy tremolo. Combined with the breakup overdriven characteristics of the amplifier, it created a percussive, rhythmic pulse that is very inspiring to play. The Catalinbread Valcoder was designed to recreate the tube tremolo as well as the amplifier breakup of these vintage amplifiers. Separate input and output controls allow you to get anything from a clean tremolo sound all the way up to a gritty tube like breakup driving the tremolo circuit.

The Valcoder features an all discrete analog LFO circuit inspired by 60’s Valco tube tremolo. With the depth and rate knobs set lower, the result is a smooth, bubbling modulation that is especially seductive when playing complex chords in the neck position. Crank the DEPTH and RATE knobs for haunting pulses to hard rhythmic chop that adds tension and attitude particularly to distorted passages.

The Valcoder has a dynamic and responsive audio path (JFET based) that adds a bit of vintage tube amp style grit and slight compression to your sound. Increasing the INPUT knob pushes the front side of the circuit harder adding grit and a bit of compression. You can set the OUTPUT knob to adjust for unity or boosted signal.

The Valcoder can also function as a great edge-of-breakup booster. With the DEPTH knob all the way down, and the INPUT & OUTPUT knobs turned all the way up, you will get a warm, gritty 10dB boost. This can be used as an always-on element to fill out your sound or can be used when you need it to help leads punch through the mix.

The Valcoder can be run from 9 -18 volts. 9 volts will allow for more compression and grit with a softer pick attack. 18 volts will increase the output level and will be slightly cleaner and less compressed with a more immediate pick attack. The tremolo effect will be stronger and choppier at 18 volts.

Essentially an input gain control. Increasing this control will boost your signal and add harmonic complexity. You can drive the tremolo into a gritty breakup when cranked, or use it as a gritty harmonic booster with the DEPTH

This controls the overall output level of the Valcoder. Setting the INPUT control to minimum and turning up the OUTPUT knob will give you a cleaner tremolo sound that will match your bypassed signal in volume. Turning up the INPUT control will add some harmonics and grit as well as volume. The OUTPUT control can be used to attenuate the volume boost available from the INPUT knob should you want to get that gritty harmonic breakup at unity gain. The INPUT and OUTPUT controls can also help with the perceived volume drop of turning on a more typical tremolo effect.

Controls the intensity of the tremolo. Many of the old Valco amps with tremolo only featured a SPEED control. There was no way to get less chop if you wanted. With the addition of this control, it not only makes the Valcoder’s tremolo sounds more versatile but is also allows you to remove the tremolo portion of the circuit completely for use a boost.

Controls the rate of the tremolo. The speed range was tuned with the classic Valco amp style tremolo in mind. Goes from a moderately slow speed to a fast chop. Faster SPEED settings benefit from turning down the DEPTH control as this will soften the chop, or go crazy and crank both for full-on machine gun chatter!

The word/name Supro® is a registered trademark of Pigtronix®. Catalinbread is in no way affiliated with Supro® USA, Absara Audio or Pigtronix®

Pedals
IMagnetic Monster.When we decided to develop an effects pedal that delivers the sound and feel of our favorite tape echo machines, we knew we must relentlessly study and faithfully recreate every last nuance. We spent months in the Strymon sound design labs with an intense focus on capturing the warm,...
$499.00 Add to cart
Sale! Out of stock

Pedals
A Perfect Gentleman — From a Classic Era. The magical combination of tremolo and reverb is the earliest example of a perfect guitar effects marriage. First pioneered within historic amplifiers of the 1960s, this harmonious coexistence has made it’s way onto countless records and performances—from early surf, swampy bayou blues,...
$499.00 Read more
Sale!

Pedals
Delay Doppelgänger. DIG unearths the true soul of digital delay and doubles it—two simultaneous, integrated delays with the captivating rack delay voicings from the 1980s and today, for incredible expressive potential. Effortlessly create your own world of intricate and synchronized echoes, along with hypnotic and atmospheric repeats that blur the...
$499.00 Read more

Pedals
Peerless Music is proud to bring you Australia’s ANARCHY AUDIO. ANARCHY AUDIO – Reignmaker High Gain Distortion/Overdrive A high gain overdrive distortion pedal with a unique three band eq. This is a pedal for fans of high gain lead and, or heavy riffing. The SHIFT control helps play nice between...
$230.00 Add to cart
Sale! Out of stock 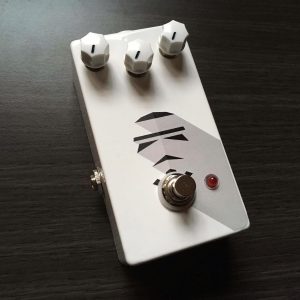 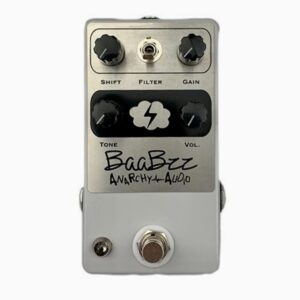 Pedals
*Due to a recent product safety recall, some Australian Strymon products are currently being supplied without a dedicated wall wart power suppl, therefor you will need to provide your own power source such as a Strymon Zuma or Oja, or other suitable product that provides 9V center-negative power supply (300mA minimum...
$799.00 Add to cart
Sale!

Pedals
Peerless Music is EXTREMELY proud to be the Authorized Australian Dealer for Idiotbox Effects, direct from Texas, USA! BLOWER BOX BASS DISTORTION The Blower Box is a Rat style distortion based around capturing Voivod’s bass player, Blacky’s, classic bass tone on their album “Nothingface.” With a tone that sounds great...
$250.00 Add to cart