“Clearly I get to play a lot of pedals and quite frankly I was stunned when I plugged this one in. It nails that classic Marshall tone.” – Andy Proguitarshop.com

Marshall amps helped supercharge the performance, and shape the sound of rock and roll. When the house lights dimmed, all you could see through the hazy darkness was the array of red pilot lights shining from a backline wall of Marshall stacks. It was the ultimate prelude to the impending rock. In the absence of your own personal wall of Marshalls and the necessary road crew required to lug them around, the Dirty Little Secret (DLS) is the perfect secret weapon in your tone arsenal. This is your “always on” pedal, designed to be the “foundation” of your pedalboard, transforming any amplifier into those raging British stacks. It forms the core of your guitar sound which you can enhance and embellish by adding boosters, fuzzes, filters, and other overdrives in front of it – just like you would in front of a real amp. And the reason you can leave it always on is that you can get a great clean sound just by rolling back your guitar’s volume knob! That’s the way the old school Marshall players did things!

Super Lead- The “Super Lead” mode gives you the great rock sound of a Marshall Super Lead amp with awesome harmonics, touch sensitivity, cab thumb, and kerrang. Higher gain than the Super Bass mode, Super Lead mode is perfect for use with humbucker-equipped guitars. It’s gain range goes from classic plexi all the way to modified JCM800 levels. And, just like a great plexi, you can go from clean to scream with just a twist of your guitar’s volume knob. Like a Super Lead, it’s voice is all about thump and upper-midrange kerrang. This is THE rock sound!

Super Bass- The “Super Bass” mode gives you the tone and gain structure of a Marshall Super Bass (which is very similar to a JTM45, JTM50/100, or very early plexi). This mode was voiced to really hone in on that elusive in-between “not quite clean, not quite dirty” response that old tube amps were so good at getting. And it was specifically voiced to make fuzz pedals sound great (especially two-transistor based fuzzes like the fuzz face). Plug a Strat into a Fuzz Face with the DLS in SB mode and you’ll see what we mean! It’s voice is deeper bass, and an emphasis on the lower midrange band (in contrast to the Super Lead mode’s upper midrange emphasis) and sounds especially great with Fender style guitars.

Tone stack-The DLS is two pedals in one. When you switch from SL to SB mode it completely reconfigures the tone stack and key first gain stage parameters to give authentic Super Lead or Super Bass type response. The SL/SB mode switch doesn’t just add a bit more bass to make it a “super BASS”. The treble-middle-bass tone control complement exactly reproduce the tone stack circuits of the Super Lead and the Super Bass amps. So when you switch from SL to SB mode, the tone circuit gets reconfigured to the Super Bass circuit.

Mode Switch- The Super Lead and Super Bass are two remarkably different amps, and so the DLS is essentially two pedals in one….not a two channel pedal. When you switch between the two modes and explore the differences in the way the pedal reacts, you’ll see what we mean. You will hear the difference in the way the tone controls work, the way the gain character feels, and the way the overall frequency response sounds.

It’s a dirt box, right? How hard could it be? Plug it in and turn the knobs and rock your guitar. Explore the three tone knobs, play with different gain settings via the Pre-Amp control. But plug it in by itself first. Get familiar with it on its own before integrating it in with your pedalboard. Your new Dirty Little Secret ships in “Super Lead” mode. So, most likely, that’s the mode you’ll hear when you first plug in out of the box. After you’ve had a good session rocking out with your new Dirty Little Secret, come back here and read on to get more insight and tips on how to get the most out of your new DLS. 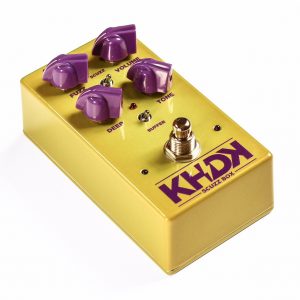 Pedals
KHDK Kirk Hammett Scuzz Box Fuzz Scuzz Box is KHDK’s germanium-voiced fuzz pedal.  It provides a singing and powerful fuzz with a bit of gnarly at the flip of a switch. TECHNOLOGY The Scuzz Box is crafted using discrete transistor technology with a meticulously tuned circuit for the highest performance....
$299.00 Add to cart
Sale! 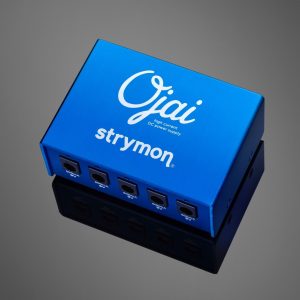 Pedals
KHDK ELECTRONICS – KIRK HAMMETT No.1 OVERDRIVE Description: The No.1 Overdrive is a tube-like amp on your pedalboard. If you crave a powerful, warm distortion with a dynamic, tube-like sound, prepare to meet your “can’t live without” pedal. No.1 is the original KHDK Overdrive. Powered by our unique proprietary...
$299.00 Add to cart 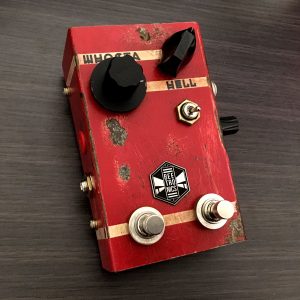 Pedals
Peerless Music is extremely proud to be the authorized Australian dealer for Beetronics FX!   Beetronics FX pedals are handmade in California. Every pedal made is unique, hand made and there are no two exactly alike.  WHOCTAHELL – LOW OCTAVE FUZZ The WhoctaHell is a Low Octave Fuzz, with fully independent controls for...
$369.00 Add to cart
Out of stock 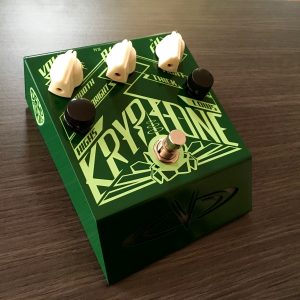 Pedals
Peerless Music is extremely proud to be an authorized dealer for Deep Trip Pedals from Brazil. THE KRYPTONE There’s a certain quality about some 60’s and early 70’s guitar tones that seem to be rather exclusive of that psychadelic era. If you hear Mick Ronson on Bowie’s Ziggy Stardust era...
$350.00 Read more

Accessories, Clearance, Other, Pedals
THE BRIGHT SWITCH™ Let there be light! Clubs can be dark. Real dark, and we’re not made to see in the dark even under the most ideal environmental (and mental) conditions. So light it up with the Rock Stock Pedals Bright Switch USB Pedalboard Light and Charger. No more missed...
$71.25 Add to cart
Sale!

Pedals
*Due to a recent product safety recall, some Australian Strymon products are currently being supplied without a dedicated wall wart power suppl, therefor you will need to provide your own power source such as a Strymon Zuma or Oja, or other suitable product that provides 9V center-negative power supply (300mA minimum...
$799.00 Add to cart

Pedals
Peerless Music is EXTREMELY proud to be the Authorized Australian Dealer for Idiotbox Effects, direct from Texas, USA! IDIOTBOX EFFECTS – BLASTERZOID FUZZ The Blasteroid Fuzz is a straight clone of the elusive Earth Sounds Research Graphic Fuzz.  Not many of the real deal working out in the wild so I’m stoked...
$220.00 Add to cart
Out of stock 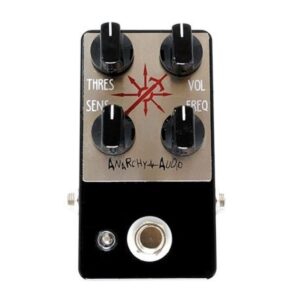 Pedals
Peerless Music is proud to bring you Australia’s ANARCHY AUDIO. ANARCHY AUDIO – Chaos Star Distortion/Filter/Noise/CHAOS The Chaos Star is an oscillating filter effect that can be used to add texture to your sound…or completely obliterate it beyond recognition.  This is not for the faint hearted! The effect can range...
$170.00 Read more